Almut Rochowanski, human rights activist working with refugees from the former Soviet Union, explains why the European idea of banning visas for Russians goes against European values and is dangerous for vulnerable segments of society.

The proposed EU-wide “visa ban” for Russian citizens touches on issues I have worked on for nearly 20 years. There are lots of practical implications, which I understand all too well from working with refugees. I will explain in order.

Nearly 20 years ago, when I set out to work in Chechnya and the North Caucasus, I decided that locals’ demands should guide my work, not my preconceived, outsider notions. Soon I came to understand how asylum and migration are characterized by unjust laws, arbitrary and even unlawful implementation, routine violations of human rights and despair among migrants. This is happening not in the homelands of the refugees, but in Western society. And this happens after people have managed to cross the EU’s borders. This might be because migrants, by definition, are not citizens and therefore cannot vote, so politicians do not care about them. But it is also because of widespread xenophobia, prejudice and the rise of right-wing ideologies that are increasingly entering the mainstream.

The visa ban proposal must be seen in this context. It comes after decades of unjust, harmful, even violent policies against migrants by European governments.

In many cases, the people I helped used a tourist or business visa to leave Russia and get to a country with a functional asylum system. Sometimes, they obtained the visa specifically so they could leave, sometimes they had had it for some time, due to their work. Having such a visa made a huge difference. Without it, it would have been either impossible to get to a safe country or extremely dangerous.

By the way, in only a handful of cases did I manage to get a “humanitarian visa”, and I know that it’s the same for many others who try to help refugees from Russia. Every time, it was a huge and unexpected exception, made possible by tenacious allies with good political connections. Humanitarian visas are the unicorns of the human rights ecosystem: everyone dreams of them, but very few have ever seen one, and there are no definite rules for how to find one.

Another part of my work was helping people from the North Caucasus (and later also other parts of the former Soviet Union) travel abroad for studying, exchange programs, conferences, to attend sessions at the UN in New York or Geneva etc., and then come back home. So I also had to learn a lot about visa systems in the EU, US, UK etc.

Helping people—and even more so, women—from a poor post-conflict region offers stark lessons about privilege. Right now, everyone is talking about how “tourist visas” are the only way out for threatened Russian activists. But the tourist visa application process is actually meant to keep out those who want to stay in Europe. That’s why visa applicants must show proof of their job, income, bank account, apartment they own, etc.—all presumably reasons for returning to Russia. European embassies would probably deny the following, but it is quite evident that they discriminate against visa applicants from the North Caucasus, because they suspect them of wanting to stay in Europe (indeed, more than 100,000 Chechens have received asylum in Europe over the last 20 years—most of them arriving the hard way, without visas).

Like American feminist Letty Cottin Pogrebin said: “When men are oppressed, it's a tragedy. When women are oppressed, it's tradition.” Imagine a young woman in the North Caucasus, with a history of gender-based violence like forced marriage (or, if she is queer, exorcisms), not allowed to leave her house except with her relatives, no job or even education, no property or other resources, unable to even get a passport (or her family took it away from her), told: “If you try to run, your uncle, who is in the police, will track you down”. Imagine how much harder it is for her to reach somewhere safe, where she can get asylum, than for a Russian male in St. Petersburg with a good career, who travels to Europe for work and pleasure several times a year. And yet, her life and freedom are at least as much at risk as his, even if he has been to a few protests.

All of this has given me a pretty good idea of why people flee their country and what that’s like. 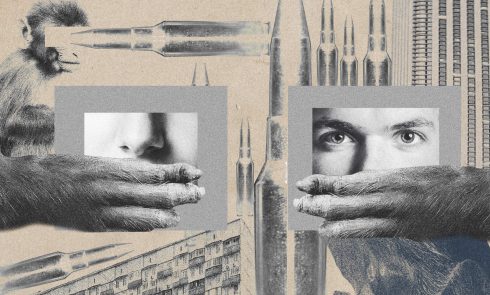 Don’t Look, Don’t See, Don’t Know Sociologist Svetlana Stephenson on why Russians are in denial about the war

But I’m primarily opposed to the visa ban as a matter of principle: it represents collective punishment and discrimination. Both are illegal under EU law (I will spare readers the legal technicalities) and arguably violate the very “values” the EU claims to stand for. It’s true that no one has a right to a tourist visa, but they have a right not to be discriminated against and to due process.

In any case, I (and much more eminent Russia experts than me) don’t think a visa ban would work. It wouldn’t end the war or lead to Russia losing the war or agreeing to a peace deal. The visa ban’s proponents apparently know that, too. They say things like “it’s offensive when Russians enjoy a holiday in Europe while their country bombs Ukraine”. But is being “offended” enough to justify a policy with such drastic implications for people’s rights and freedoms?

I’m also troubled by the eagerness to do “thought-policing”. Some have suggested that Russians should sign a statement condemning the war when entering the EU, or that consular officers should check social media profiles of visa applicants, for any statements endorsing the war (like Russian occupying forces are doing to Ukrainian civilians at checkpoints, by the way). This would infringe on travelers' freedom of thought and their right to privacy. It’s hardly better than denying them visas just because they are Russians.

I also find it absurd to apply an arbitrary moral filter to decide which people are pure and noble enough to set foot on European soil. Proponents of the visa ban argue that all Russians are responsible for this war, because they either voted for Putin, or did not protest hard enough against him or the war, or because they don’t care enough about politics, and therefore they should not be allowed to travel to Europe. Under this same logic, the EU would have had to ban Americans from traveling to Europe because of the invasion of Iraq. As I am writing this, Turkish forces are bombing Kurdish territories in northern Syria, including civilian targets. Should we now ban all Turkish citizens from getting EU visas, too? Should we expand this logic further and ban all travelers from countries that violate human rights, abroad or at home? Should we furthermore test individual visitors, from any country, on whether they hold racist, sexist, homophobic, authoritarian, colonial, militarist views? Or on whether they hold any “serious” views at all and aren’t just interested in fashion, partying and Instagram?

Obviously, we should do no such thing. It should be enough to be an average human being, law-abiding and no threat to others, able to support themselves while in the EU and willing to return home, to get a tourist visa.

I understand that it feels awkward and even offensive to see Russian tourists do touristy things in Europe—get a tan on the beach, sip cappuccinos in open-air cafes, go shopping, visit museums—while their country wages war against Ukraine. But Europe can and must handle that awkwardness. It’s better than the alternative—collective punishment, mass discrimination, satisfying the baser needs of our id. It is better for us if we maintain our laws and the values on which they are based.

Finally, there is a tiny detail with huge implications: all this talk of only banning “tourists” strikes me as deceptive. Schengen visas issued for tourism aren’t easily distinguished from those issued for other short-term purposes (business, medical treatment, etc.), for example when people hold visas valid for years and travel for various reasons. So those clamoring for a “tourist visa ban” may actually intend to ban all travel by Russians.

Usually, it is totalitarian regimes that prohibit their citizens from traveling, not Western countries that forbid entire nations from visiting them. Otherwise, full travel bans are only put in place when countries are officially at war with each other (and not always even then). Neither the EU nor any of its member states are at war with Russia, so there is no legal or political reason for banning all travel by Russians.

The opinion expressed in this publication is that of the author and does not necessarily reflect Holod’s opinion.

Almut Rochowanski has been working with civil society activists across the former Soviet Union, particularly in (post)-conflict regions, such as Russia’s North Caucasus, Ukraine or the South Caucasus, for almost 20 years. Her work focuses on women’s and girls’ rights, security and sustainability of grassroots civil society, and inclusive peace.